Messi’s on top of the World 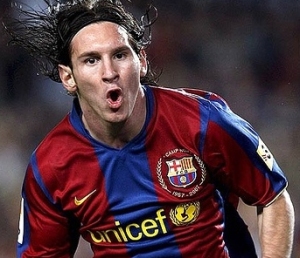 Lionel Messi has been crowned World Player of the Year for the third successive year, beating Barcelona team mate Xavi Hernandez and Real Madrid’s Cristiano Ronaldo to the award.

The Argentinean was a pivotal figure in a Barcelona side that won the Spanish League, Spanish Super Cup, Champions League, UEFA Super Cup and the World Club Cup in 2011.

At only 24, Messi has now joined the elite group consisting of Zinedine Zidane, Ronaldo (Brazil) Johan Cruyff, Marco Van Basten and Michel Platini, who have been crown World Player of the Year three times.

Xavi paid tribute to Messi, “He’s still young, only 24, and I think he’s going to break all the records that exist in this sport. He’s going to be one of the best footballers in the history of the sport.”

Barcelona coach, Pep Guardiola, took the Coach of the Year honour ahead of Alex Ferguson and Jose Mourinho. 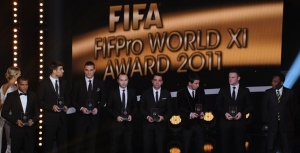