So the managerial merry-go-round is in full swing. Fabio Capello and Andre Villa Boas are gone. Jose Mourinho is leaving at the end of the season with Harry Redknapp fully expected to follow. Today, Melosport turns it’s thoughts to Chelsea.

At St Andrews on Tuesday night, the travelling Chelsea fans used their voices to ensure Roman Abramovich gets the ‘right’ man into the vacant Stamford Bridge hot seat this summer. In their opinion, that man is their former title-winning coach Jose Mourinho. His name was sung time and time again. The same fans also made their thoughts perfectly clear on the possible appointment of Rafa Benitez. Take note Roman, it’s a non-starter.

Roberto Di Matteo has taken up the reins at Chelsea until the end of the season adding, fellow ex-Chelsea player, Eddie Newton to his coaching staff.  In 1997, the pair scored Chelsea’s FA Cup Final goals against Middlesbrough in a 2-0 victory at Wembley. Since then they have coached together at West Brom and MK Dons. Upon his arrival Newton has openly spoken about instilling passion back amongst the Chelsea players. Passion?  Everyone has their own objectives but mine would be to eliminate the mutiny within the dressing room.

Villa-Boas struggled from the onset. He was not respected. He had a grand plan which he often referred to as the ‘project’. It is a reasonable assumption that the old school Chelsea players did not agree with this plan, so the Portuguese decided to stamp his authority by dropping the likes of Frank Lampard and Ashley Cole. From there on, it was only going to end in tears. Further problems ensued as the owner, Roman Abramovich, demanded that his most expensive toy, Fernando Torres, rediscover his Liverpool form. Villa-Boas tried but was unsuccessful – to date Torres has embarrassingly scored seven goals against Chelsea during his Liverpool days compared to three goals in 36 Chelsea matches.

When Chelsea paid a King’s ransom to release Villa Boas from his contract with Porto last June, they were taking a gamble. Last season was Villa-Boas’ first, and currently his last, full season in management. Porto were undefeated the entire season, winning the domestic double plus the Europa League. A solid achievement but, as his critics argued, he won the double in a weak European league. His Chelsea career started well but when the cracks first surfaced back in November, following a 2-1 loss to Liverpool at Stamford Bridge, he came across as slightly naïve whilst under scrutiny from the media. He responded by saying, ‘the owner didn’t pay 15m Euros to get me out of Porto only to pay another fortune just to let me go again.’ 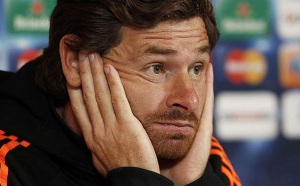 Andre had not done his homework. The previous head coach, Carlo Ancelotti, won the domestic double in his first season and that was not enough to save him from the axe after Chelsea finished the 2009/10 season without a trophy. Before Ancelotti, Scolari, a Brazilian World Cup winning coach, was also axed after a short spell. All in all, Abramovich has now coughed up £88m in compensation payments over the last eight years – £11m per year. The latest debacle has cost Chelsea approximately £40m (including release clauses and compensation expenses for past and present) for 40 games. So Villa Boas, one of the brightest, young coaches in the game, effectively cost Chelsea £1m per game. His three-year project was terminated after just 257 days and he has walked away with an estimated compensation payment of £5m – £10m

Richard Bevan, the League Managers Chief Executive said, ‘What’s for sure is the club, despite unlimited wealth, haven’t yet worked out how to build a successful football club. Looking for what is an eighth manager in nine years is a serious embarrassment to the owner, the club, the fans and the league.”

Looking at the facts, Villa-Boas won only three out of his last 12 league games. This form contributed to making him, statistically, the worst Chelsea manager since Glenn Hoddle. Be careful with that last sentence – ‘The worst manager since Glenn Hoddle.’ Now Hoddle was not, in the slightest, a bad manager for Chelsea. For those who need a refresher, it was his Chelsea exploits that landed him the England job back in 1996. Glenn Hoddle, along with Matthew Harding’s cash, is the person responsible for getting the ‘new’ Chelsea under way. It was he, who brought in the likes of Ruud Gullit and set the wheels in motion of, turning a Club with a distinctly modest background (one top-tier league title, a solitary FA Cup success, one League Cup and one UEFA Cup Winners Cup) in its then 91 year history, into a successful cup team. Gullit went on to become player-manager and the rest is history.

Now, Chelsea have obviously raised the bar since the mid 90’s but their fans should remember their roots. Calling for a manager’s head by singing ‘you don’t know what you’re doing’ to someone who won three out of three trophies last season (whilst they still have Champions League and FA Cup trophies to play for and are still well within the fight to finish in 4th place) is nothing short of disgraceful. Match the behaviour of those fans to the senior players’ mutiny and it is fair to say that Chelsea have become the rotten egg of English football. 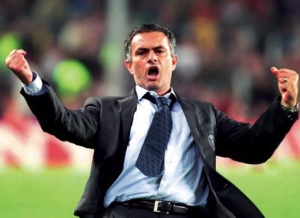 Whoever does come in to lead Chelsea will face a massive challenge to turn around their fortunes. Players like Terry and Lampard are past their best. The combined £75m David Luiz and Fernando Torres acquisitions have spectacularly backfired. Furthermore, Chelsea generate minimal revenue compared to their costs resulting in a breach of the UEFA Financial Fair Play rules. Abramovich’s advisers need to sit him down and help him set realistic objectives for the next five years. Chelsea are no longer title contenders and even if the self-proclaimed ‘Special One’ returns to Stamford Bridge, only an unlimited spending spree will take them back to the dizzy heights of the mid 00’s.