Next month, Mike Ashley will celebrate five years at the helm of Newcastle United. Famed for its black and white stripes plus passionate fans, it’s a good time to be a Geordie.

Having said that, Ashley has never been flavour of the month at Newcastle – owners never are – but Ashley has endured a considerable amount of criticism during his ownership of the North-East Club. After taking over Newcastle in May 2007, his first key decision at the Club was taken in January 2008 where he sacked manager Sam Allardyce following a poor run of results. He then performed a PR masterstroke by bringing in a Toon playing and coaching legend in Kevin Keegan. Shortly after this, Dennis Wise was signed up as Director of Football and that’s when the trouble began. 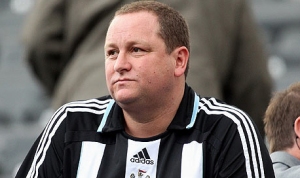 Keegan resigned in early September after three days of discussions with the board. A week later, Newcastle lost against Hull City 2-1 at St James Park and the fans were livid. They protested that their Club was being ‘sold down the river’ and they wanted the ‘Cockney mafia out’ (in reference to Wise). Ashley, seemingly, had had enough and placed the famous Club up for sale. Three months later he changed his mind and Newcastle were off the market. The comical tenure of Joe Kinnear as coach did nothing but harm on the pitch as Newcastle’s fortunes plummeted. Another Keegan-esqe Geordie icon was brought in to save the day, in Alan Shearer, but the league did not read the script and to the despair of the fans, Newcastle were relegated to the Championship.

Under the guidance of Chris Hughton, they returned to the Premiership at the first attempt as league champions of England’s second tier division. The fans endured a painful season, being away from the Premiership and then, to their dismay, Ashley decided to rename their historic ground to the sportsdirect.com @ St James Park.

In December 2010, after guiding Newcastle to a respective 11th place, Hughton was surprisingly given the chop. Again, fans were up in arms, disgusted with the way Hughton, Shearer, Keegan et al had been treated by the board. Alan Pardew was named as Hughton’s successor.

Since then, Newcastle have parted with the Club’s highest earners in captain Kevin Nolan, Joey Barton, Andy Carroll and Jose Enrique. The latter two were offloaded for a handsome combined fee of £41m.

Last March, the Club confirmed that for the financial year ending June 2011, their losses were £3.9m, which compared to £33.5m the previous year, is a huge improvement. Turnover has increased by 69% thanks to merchandising and television revenue. Derek Llambias, Newcastle’s managing director, reflected “We can now count ourselves among the very few clubs across the UK and Europe who are operating at close to break even.” When Ashley took over, the Club were £65m in the red and were paying £6.5m annually in interest payments. Following relegation in 2009, it was revealed that the wages to turnover ratio was 83% (ideal ratios are under 70%). Ashley invested a £140m interest-free loan into Newcastle, resulting in reducing the annual interest payments to £212,000. Ashley’s total investment in the Club has been approximately £300m.

Newcastle are also in a healthy position on the pitch. Whilst there was considerable discontent amongst the fans when leading marksman Andy Carroll was sold to Liverpool in January 2011, Newcastle bent Liverpool over a barrel in the process, holding out for £35m for a player who only had six months experience in the Premiership. Newcastle knew Liverpool had a) money – given Torres’ £50m transfer to Chelsea and; b) were desperate.

Today, that deal looks like excellent business as the money was eventually reinvested six and twelve months later with the signings of Yohan Cabaye, plus Senegal strike pair Demba Ba and Papiss Cisse. Cisse, cost Newcastle £9m last January and has already scored seven goals in as many games, compared to £35m Carroll, who has scored five goals in 36 games. Furthermore, Club captain Fabricio Coloccini, goalkeeper Tim Krul ans Ryan Taylor have all signed new deals. Ben Arfa has returned recently from a lengthy lay-off and his performances have been superb.

In spite of this, only last week, Alan Shearer told the media that Newcastle had already over-achieved this season. Yet, yesterday’s defeat of Liverpool consolidates Newcastle’s sixth position plus the win put them 11 points clear of Liverpool. They currently sit only five points behind Arsenal and Spurs, who currently occupy the Champions League spots. Yesterday’s win was particularly sweet for Newcastle as it was Carroll’s and Enrique’s first visit back to Newcastle. Carroll’s afternoon ended with verbal exchange with his manager, Kenny Dalglish, after he was rightfully substituted to ironic applause and jeers from the home fans following a poor performance. Meanwhile, Enrique ended up playing in goal as Reina received his marching orders and with three substitutes already made, the ex-Newcastle defender donned his countryman’s goalkeeping jersey and gloves for the final ten minutes. A return they will both want to forget.

The Toon army will now be envisaging of what possibly lies ahead, however their run-in is not easy. A trip to Wales to face Swansea is next, whilst their last three games will be very tough in Chelsea (A), Man City (H) and Everton (A).

In a season full of uncertainties, one thing is certain, Ashley celebrates five years at Newcastle next month and if Newcastle do finish in the top four, you can guarantee that the fans will give him no credit whatsoever. That’s football for you. It’s a funny old game.