Following on from last week’s preview of Groups A and B, Melosport today completes its Euro 2012 preview by analysing Groups C and D.

Defending European and World Champions Spain are heavy favourites to win this summer’s tournament. So much so that one bookmaker in the UK will refund all losing outright winner bets, if Spain retain their title. This is some feat considering Spain’s fortunes particularly six years ago. The 2006 World Cup was being held in Germany and like every major tournament since the turn of the century, Spain was always a decent tip to win. In 2006, and on European soil, it was widely considered to be their time. Ironically Zinedine Zidane, the Real Madrid legend, had other ideas and played a significant part in eliminating the Spaniards in the round of 16. Similar to England, there was a general consensus that the Spanish were underachievers. This all changed after 2006. Whilst England have stalled and stuttered through every major tournament, Spain have flourished and finally created a fitting legacy to a golden generation of sublime players. 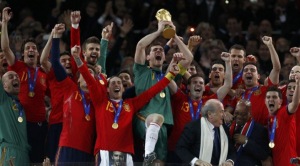 In Euro 2008, a Fernando Torres effort saw-off a resurgent Germany resulting in Spain winning their first major trophy since 1964. The Spanish marched from strength to strength by winning the World Cup in South Africa two years later. This now leaves Spain on the brink of footballing history. They could become the first team to win three back to back major titles. Only two teams have previously had the opportunity of achieving this great feat. The Germans were a lick of paint away from doing it in 1976 when they lost in the European Championships final as the Czechs prevailed in a penalty shoot-out. Since then France won the World Cup in 1998 and then won the Euros two years later. From being the best team in the world they then humiliated themselves and their countrymen with their shambolic defence of their World Cup crown in 2002 in South-East Asia.

Germany’s coach, Joachim Low, considers Spain as favourites for the simple reason that they are made up of the two best club sides in the world in Real Madrid and Barcelona. Fair point. But if you dissect the team there is encouragement for their rivals. Both Real and Barca have played a considerable amount of games this season. The presumed starting Spain XI have amassed a collective 546 games compared to, say, England’s 433. So there are possible question marks regarding freshness. Xabi Alonso has down played his team’s chances by saying that the “title will be more difficult to retain, rather than when we won it for the first time”. Captain Iker Casillas concurs, “in ’08 we were the surprise package. Now teams know how we play.”

Let’s assume that they are fully recharged and ready to go. Without doubt Spain have the best midfield in the world. But is there any chink in their armour? It should be noted that without the injured Carlos Puyol and David Villa, there will be a distinct lack of experience up top and at the back. In Villa’s absence, Torres is the only experienced striker with 90 plus caps and regardless of this season’s silverware, he has hardly set the world alight since he left Anfield for Stamford Bridge. At the back, Puyol’s absence is a more concerning problem. First choice centre-back pairing Gerard Pique and Sergio Ramos do not have quality reinforcements in case of injuries or suspensions. In addition, Pique has not had the most memorable of seasons whilst Ramos has switched from full back to centre back. If Spain are to create history, it is imperative that these two remain fit for the entire tournament.

Spain’s first game is an intriguing tie against the 2006 World Champions Italy. Notoriously slow starters, the Italians cannot afford to let their reputation precede them otherwise it will be a case of too little, too late. The Azzuri face their nemesis in Giovanni Trapattoni in their last group game when they take on the Republic of Ireland. Trapattoni will not want to forget his lucky clover as he is yet to lose in competitive matches against his homeland – a fact that will very much play on the Italian minds. It has been reported that the Irish players have been complaining that Trap has been making them train too hard, which the man himself laughed at, likening his team’s sessions to a “holiday camp”.

Earlier this week Cesare Prandelli happily offered his assistance to comply if Italy were asked to withdraw from the tournament following the latest match-fixing scandal to hit the domestic football scene. Similar match-fixing claims engulfed Italian football in 2006 which ended up working very well in galvanising the Azzuri. There is a hint of irony in that back in ’06, Juventus were the most severely punished team, as they were relegated to Serie B and docked nine points. Against all odds, the Biaconeri made it back to Serie A and this season won the Scudetto, without losing a single game – an achievement which would have been unthinkable at the beginning of the season. Ex-Juventus star Antonio Conte has led this revival and in doing so has also inadvertently created the spine of the Azzuri this summer.

Due to La Vecchia Signora’s success Gianluigi Buffon, as ever, takes his place in-between the sticks with his club mates Andrea Barzagli and Giorgio Chiellini playing as centre backs infront of him. Leonardo Bonucci is also included in the defence. Taking his place in the midfield, Andrea Pirlo (pictured), formerly of Milan, has been completely revitalised since his summer free transfer move to Juve. Many credit him with this season’s success, making him a solid contender for signing of the season. Accompanying Pirlo in the middle is Claudio Marchisio and uncapped Emanuele Giaccherini completes the Juventus strong hold. If Italy can avoid defeat against Spain in their first game, it could spur them onto big things.

Luka Modric’s Croatia are the final team in Group C. The diminutive midfielder has refused to speak about his future with Spurs by declaring that he is solely focused on the Euros. It is anticipated that Modric will be off this summer and therefore the Euros should serve him well to showcase his talents. Keeping along the line of exits, coach Slavan Bilic could be leaving the post after the Euros. After initial success with Croatia, expectations have been high arising sections of the media and some fans attacking Bilic following their ‘poor’ qualifying campaign where they finished second to Greece.

Melosport’s prediction for Group C – Italy to shock Spain and top the group.

Group D sees England and France meet for the third time in the group stages of the European Championships since 1992. Recent history has been kind to Les Bleus as they won 2-1 in 2004 thanks to a last-gasp injury-time penalty from Zizou after England had been 1-0 up and David Beckham saw his penalty saved by Fabien Barthez. In 1992, the two sides drew 0-0 in Sweden in the famous Basil Boli ‘headbutt’ game where he connected with Stuart Pearce’s cheekbone. Pearce almost had the last laugh though when he hit the underside of the bar with a free kick. 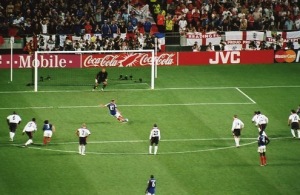 Both England and France should be considered underdogs for the tournament. Both sides have their faults, particularly at the back. Whilst Laurent Blanc has come in, prepared and left his mark on France over time, Roy Hodgson was appointed barely one month ago. He has certainly had a baptism of fire with Frank Lampard and Gary Cahill withdrawing due to injuries. Hodgson decided against calling up Rio Ferdinand to replace Cahill ‘due to footballing reasons’ preferring to go for Liverpool’s Martin Kelly, an action for which he has come under a considerable amount of criticism. With a distinct lack of expectation at home, Hodgson has encouraged his players to go out and enjoy themselves (on the pitch that is – not to be confused with the England rugby players, dwarf-throwing antics in New Zealand last year).

Both sides have strong attacking talent at their disposal. Karim Benzema has enjoyed an excellent season at Real Madrid as has Franck Ribery with Bayern Munich with both players basking in a rich reign of form infront of goal. Meanwhile, England’s Rooney-less attack (suspended for first two games) still boasts of stars such as Ashley Young, Andy Carroll, Jermaine Defoe and Theo Walcott. 18-year-old Alex Oxlade-Chamberlain should make a positive impact if given the chance.

It is imperative that England win one of their first two games as their final game is against co-hosts Ukraine. Regardless of the Rooney returning, if England go into this game needing a win to qualify, it would be a tall order, especially if Ukraine have it all to play for themselves. Cue memories from 1992 when England needed a win against then-hosts Sweden which all ended in tears. The Swedes, skippered by Zlatan Ibrahimovich, are always well-drilled and thoroughly organised but since Erik Hamren took over the coaching duties, they have adopted an un-Swedish attacking mentality. Similarly Ukraine, playing at home, will want to impress their fans. Veteran Andrei Shevchenko is determined to go out on a high. This bodes well for an open and exciting Group D, which Melosport tips will see the highest amount of goals in the Group phase.

Melosport’s prediction for Group D – England and France to be too strong for the rest of the group. One of the two will be tournament finalists.

Melosport will provide extensive coverage of EURO 2012. The tournament kicks off this Friday with GREECE vs POLAND – 6pm (CET)