By his own standards, Roger Federer has been in the superstar wilderness since his last major tournament win in Australia back in 2010. Since then, Novak Djokovic became an unstoppable force whilst Rafael Nadal continued to be an immoveable object. As the said pair played Grand Slam final after Grand Slam final, we all wondered if that was time for Roger. He still won titles on the ATP tour but such was the young gun dominance of Nadal and Djokovic in Grand Slam tournaments, it was hard to see Federer ever breaking back into the top two again.

On Friday, Federer turned the tables beating Djokovic in the semi-finals to reach Sunday’s final. History beckoned on two counts for the Swiss master. A seventh Wimbledon crown would equal that of record-holder Pete Sampras plus he would also match Sampras’ record of 286 weeks at the top of the ATP rankings. 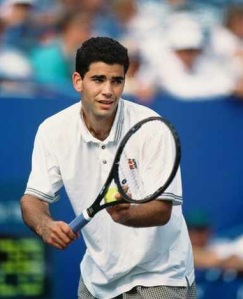 In the other corner was Andy Murray who had an immense weight of expectation on his shoulders. It was his fourth grand slam final but his first at Wimbledon. Significantly for the British public, he became the first British men’s singles finalist since Bunny Austin in 1938.

Murray burst out of the blocks like a man on a mission. There were no sign of nerves as the Scot broke Federer in his first service game, running up a 2-0 lead in the first set. It sprung Federer into action as he immediately broke back but Murray stuck to his tactics of going after Federer’s backhand. The result was another break of serve and Murray wrapped up the first set 6-4.

Predictably, Federer moved up a gear in the second set. When leading 6-5, he overcame a 15-40 deficit to produce a piece of magic at the net, through a backhand sliced drop shot, to take the second set 7-5. Soon after the heavens opened and after much deliberation, a prudent decision was taken to close the roof rather than let the rain shower pass. Once both players returned, Federer took firm control of the match as he played more to the net, resulting in 53 from a possible 68 net points. Murray though, would not give up and he left every ounce of energy he had on Centre Court, but it was not enough. Andrew Castle, commentating for the BBC made several references implying that Murray was definitely the fitter of the two men, but that was definitely not the case. After Federer had sent Murray fruitlessly chasing on a couple of occasions, there were several grimaces from the Scot. From there on, there was only one winner.

A very good third seed Federer, put in a vintage top-seed Federer display as he wrapped up the third and fourth sets, 6-3 and 6-4 respectively. Murray has now matched his coach Ivan Lendl in losing his first four grand slam finals (Lendl went on to win two Australian, three French and three US Open titles) but the Scot should be proud of a superb performance where he gave it his all, and for long periods of the afternoon he matched Federer. “This fortnight was a step in the right direction. I won’t go back on the court until my mind is right and I am over the loss.”

However, Britain’s unfortunate and desperate obsession of having a men’s singles Wimbledon champion has somewhat taken the gloss of Roger Federer’s achievements. The media have focused heavily on Murray losing when their attentions should be on the man of the moment – Federer. After the rain delay, the maestro from Switzerland effortlessly rolled back the years, playing his best tennis in years. This was Federer’s 17th major championship victory, placing him three ahead of Pete Sampras. With a career Grand Slam under his belt already under his belt and now a record 286th week at World Number One, can anyone truly deny that Federer is the best tennis player of all time? 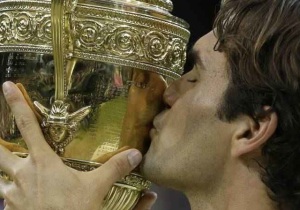