Terry has been sentenced to a four-match ban and a fine of £220,000. He has 14 days to appeal the ruling and as such the punishment has been suspended until the outcome of any appeal.

A statement issued by Terry’s management company understandably said: “Mr Terry is disappointed that the FA Regulatory Commission has reached a different conclusion to the clear not guilty verdict of a court of law. He has asked for the detailed written reasons of the decision and will consider them carefully before deciding whether to lodge an appeal.”

In being found guilty, the FA is likely to come under attack given their inconsistent punishment when compared to that of Luis Suarez less than a year ago. Terry’s fine (which is more likely as a result of his higher earnings) is understandable but the Uruguayan received an eight match ban for his part in a case which the FA ruled based on ‘probability and the reliability of witness’.

Whether you call it by its historical name – the League Cup – or by the sponsored names over the years, Rumbelows, Coca-Cola, Worthington and now Capital One Cup, England’s second cup competition saw its third round played this week.

On Wednesday night, Andre Villas-Boas led his Spurs side up north in a potential banana-skin tie away to Carlisle United. Having being part of the coaching staff at major clubs in Portugal, Italy and England, AVB probably felt slightly uncomfortable as he took up his spot, alongside assistant coach Steffen Freund, in the Brunton Park ground visitors’ dugout. It looked smaller than an Alcatraz prison cell. 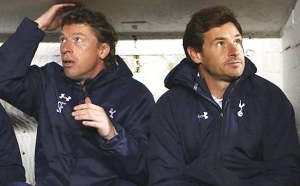 Eight chances were made to Sunday’s winning team. The squad’s fringe players put in some excellent performances, in a 3-0 win, leaving their head coach with food for thought ahead of Saturday’s league visit to face Manchester United.

At Old Trafford, United entertained fellow United’s, Newcastle. The Red Devils enjoyed a  2-1 win where the main talking points were a) Wayne Rooney’s return from a badly gashed leg and b) Papiss Cisse finally getting off the mark this season.

Further south, at The Hawthorns, a youthful Liverpool outfit beat the Baggies 2-1 after extra-time. Jerome Sinclair created Liverpool history in his Reds debut by becoming the youngest player to represent Liverpool at 16 years and six days of age. Nuri Sahin, in particular, caught the eye with both goals.

In the capital, QPR lost their second match in the space of four days as Reading turned the Super Hoops over 3-2 at Loftus Road. For the second successive game, QPR were left cursing themselves by not holding onto a lead – not a known characteristic of a Mark Hughes side. Unless there is a fast turnaround in fortunes, alarm bells will start to ring soon at Loftus Road.

Contract-rebel-cum-Thierry-Henry-centre-forward-wannabe Theo Walcott scored a brace as his Arsenal side thumped Coventry 6-1 at the Emirates, in front of a capacity 60,000 crowd. Following two early scoreless games this season, the Gunners are moving up the gears with 12 goals in their last two home games. Robin Van Who some might say.

Chelsea instigated the London beatings, on Tuesday, after they mauled Wolves 6-0. Their reward – a home tie against Sir Alex Ferguson’s men in the next round. Delightful. Meanwhile Aston Villa inflected defeat on Manchester City, winning 4-2 after extra-time at Eastlands. This resulted in the ever-bewildering Roberto Mancini telling all managers to ‘shut up’ after Paul Lambert had confronted him on a number of occasions during the match.

Ties to be played week of 29 October

Mercedes team principal Ross Brawn has finally broken his silence on the Lewis Hamilton transfer saga. As Hamilton’s contract with McLaren is up this summer, there has been considerable speculation all year as to where his future lies.

Until last weekend, Hamilton was making up significant inroads into Fernando Alonso’s Formula One World Championship lead. However, gear-box failure in Singapore, coupled with an Alonso podium finish, means that the Englishman’s chances of winning his second world title are slim. Add the distraction of a contract wrangle and the odds are heavily stacked against the 27 year-old.

McLaren have increased their offer to retain Hamilton’s services from £10m to £12m per season. Meanwhile, should legendary Michael Schumacher choose to walk away from Formula One, it would free up £16m per year for Mercedes to spend on a new driver.

A potential move to Mercedes all hinges on Schumacher. The record seven-time world champion’s contract finishes at the end of the year. “The decision for Michael to stay or not continue is a difficult one,” Brawn said. “Obviously he’s very involved in that decision, and discussions are on going at the moment. Michael has been a huge asset to the team, he’s really taken us forward. I do think Michael contributes an awful lot.” Mercedes’ other driver, Nico Rosberg is under contract with the team until the 2013 season.

The 2012 Ryder Cup takes place in Illinois, USA commencing on Friday. Europe versus USA has always been a keenly contested, major, sporting event firmly stamped in the diary by all sports enthusiasts.

Europe, captained by Jose Maria Olazabal, are the defending champions and have been largely dominant since 1995 winning six from eight Ryder Cups. The US team, skippered by Davis Love III, will look to home advantage to wrestle the Cup back across the Atlantic.