Think Greece and one thinks philosophy. An influential thinker named Epicurus established his own school of philosophy in Athens around 310 BC. His main ideals were that the universal was infinite and eternal. He did not believe in any almighty divine power or in life after death. Epiricus believed that humans are simply made up of particles and atoms and that they should aspire to live happy lives, amongst friends with a peaceful mind. That said, he was also adamant that people should be called to account throughout their lives by the judgments of others.

When Epicurus passed away, a portion of his followers encouraged self-indulgence, that life should solely be lived for the moment. The term ‘Epicurean’ was therefore arrived at as describing someone who lived only for pleasure. Epicureanism lasted until the Greek Empire diminished. Yet, over 2,000 years later, it is apparent that the majority of the world entertains the notion of living for the day. Some more than others. The global, economic, pickle which we find ourselves in today is testament to that.

In case you have had your head firmly buried in the sand, Greece is in desperate socioeconomic  trouble – on course for its sixth consecutive year in recession. Thanks to the austerity measures introduced by Troika, Premier Antonis Samaras must promise to deliver €13.5bn through further reducing the country’s state pensions, benefits and pay in the civil service sector. Currently two-thirds of Greeks live below the poverty line – an unthinkable statistic just five years ago. This is the result of a generation who have blindly lived for today, forgetting about tomorrow. Years of financial abuse and corruption are to blame. Previous governments never had the courage to tackle deficit problems – as they themselves enjoyed a great ride in the sun. Those who now suffer are, unsurprisingly, not the instigators of the problem.

“Currently two thirds of Greeks live below the poverty line”

So given the financial despair of Hellas, what would Epicurus have made of the government’s decision to proceed with a €100m project to build a race track in Greece’s third largest (Xalandritsa, near Patras) urban area? It is hoped that once the circuit is finalised, it will be added to the Formula One calendar at some point in the future. According to Bloomberg, privatised company Racetrack Patras SA will be overseeing the track’s development but the funding will be sourced from public money.

In hosting a Grand Prix, Greece is the right place but completely at the wrong time. Whilst the country has recently hosted a successful Olympics (2004) and is a democratic, sports-enthusiastic nation, it is also on the brink of social and economic collapse. 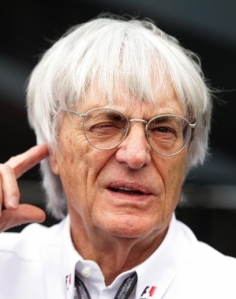 Bernie Ecclestone, head of F1’s governing body (FIA), leaves no stone unturned in determining new Formula One locations. Many moons ago, Ecclestone realised the impact that television would have on his sport. At the time, each race was organised individually, but he soon won the exclusive right to negotiate the sports broadcasting fees, arranging sponsorships and collecting the proceeds of track advertising. Currently, the individual race promoters’ only revenue stream comes from gate receipts and they are liable in paying Ecclestone millions in annual fees. In addition, the head of FIA, has shown his ruthless side striking races off the calendar when race organisers incur financial hardship – Imola and Magny-Cours are notable absentees.

The evidence against Greece jumping on the Grand Prix bandwagon is overwhelming. There will be those who will argue that Greece hosting a Grand Prix would be a good investment for the country. They are the same buffoons who got this magnificent, history-laden country into despair in the first place.

Based on official figures following the feasibility study of the Silverstone Grand Prix, the net impact on Greece would be approximately a profit of €10m per year plus the creation of 245 FTE (full-time equivalent) jobs. These figures are optimistic at best and hardly economy saving – the Greek economy contracted by 6.5% this year with the Finance Ministry predicting a further 3.8% next year.

It should also be noted that Greece has no agreements or contracts in place with the FIA to host a Grand Prix, so it is simply hedging its bets with money that it, technically, does not even own. In light of all this, surely Epicurus would hang his head in shame.