When unveiled in front of the cameras last Monday, Jose Mourinho oozed an almost replica glow to the one witnessed back in 2004 when he emphatically announced his Stamford Bridge arrival, coining the infamous Special One remark. When interviewed on Chelsea TV he was positively beaming as he concluded that the move to return to his former employers “was an easy decision”. 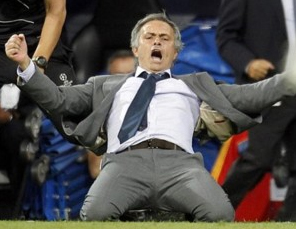 In the public eye, it seems like an eternity since Mourinho’s last smile as the tail-end of his Real Madrid tenure was comfortably the worst of his career. The initial move to arguably the biggest and most glamorous football club in the world was a logical step given his significant success at Porto, Chelsea and Internazionale. Yet despite ending Barcelona’s stranglehold on La Liga by winning the title in 2011/12 – with quite some style it should be noted, 100 points amassed and 121 goals scored – his Los Blancos legacy will be forever tainted through ugly scenes of eye-gouging and additional tomfoolery.

Irrespective of these unsavoury antics, the Portuguese’s return to West London has been met with wild fanfare. Understandably, there is a genuine affection for Mourinho from the Stamford Bridge faithful, after all, he did deliver the club’s first league title in 50 years and won every domestic trophy England had to offer during his three full seasons at the helm. Furthermore, he succeeded where many others have failed by ruffling Sir Alex Ferguson’s feathers as Chelsea briefly dominated the domestic scene, setting numerous records (record haul of 95 points during the 2004/05 season still stands) along the way.

His current predecessor Rafa Benitez was a dead man walking from day one of his appointment, thanks to out of context comments made whilst managing Liverpool, yet he unequivocally delivered. During the last 12 league games of the season, only Arsenal (29) amassed more points than the Blues (26). Chelsea secured a third place finish and won the Europa League trophy but the fans are mostly happy that their Messiah has returned.

In some Chelsea circles, there have been bold statements in that the fans would rather lose with Mourinho, than win with Benitez. Perhaps Chelsea should be careful what they wish for.