The Road to Russia—World Cup 2018 Qualification

The unwelcome news was served hours before La Albiceleste’s tough assignment at high altitude in La Paz. Bolivia inflicted a 2-0 defeat which now leaves Messi & Co in a precarious fifth place with only the top four South American nations guaranteed a spot in Russia.

Argentina will travel to neighbours and top-four rivals Uruguay in August before two seemingly easier home ties against Venezuela and Peru without their talisman. 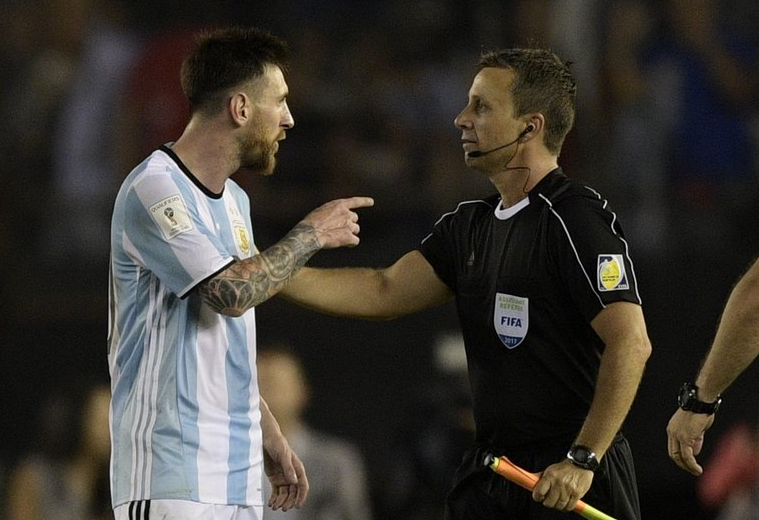 Meanwhile, despite still smarting from their home World Cup humiliation, Brazil became the first team to qualify for the 2018 tournament.

Europe—The demise of the Netherlands continues. A 2-0 defeat to Bulgaria has all but consigned the Dutch to another international tournament in the wilderness. After failing to qualify for Euro 2016 (the first major tournament Le Oranje had missed since the 2002 World Cup), the 2010 World Cup finalists face the prospect of missing two major tournaments in succession—matching their barren spell of the early 1980s.

With only the group winners guaranteed spots at the 2018 World Cup, Group G has evoked a battle of the heavyweights. Spain and Italy share top spot with 13 points and the pair will face-off in September.

Elsewhere Germany, Poland and England are runaway leaders in their respective groups.

Asia—Australia finds itself back in contention to qualify after a series of winless matches. A 2-0 win against the UAE in Sydney leaves the Socceroos’ destiny in their own hands with home games later in the year against table toppers Saudi Arabia and Japan. The overall third placed winner in Asia (third place from each group will playoff against each other) will face the fourth best finisher in North & Central America which at this stage could be the United States.

Oceania—New Zealand will be the likely winners of the region but the reward for their endeavour will be a stern test against the fifth-placed finisher from South America.

FIFA continued its sporadic trialling of video technology at high-profile events this week in Paris when France took on Spain in a friendly. The hosts were thwarted twice, albeit correctly, by the video assistant. Antoine Griezmann correctly had a goal disallowed and Gerard Deulofeu was ruled to have scored Spain’s second after initially flagged offside (in a 2-0 win). Les Bleus coach Didier Deschamps believes the technology will provide a level playing field:

If it is verified and it is fair, why not [use VAR]? It changes our football a little. It is against us today but if we have to go through this it will be the same for everyone. Afterwards, without [VAR], it would have been different, but it is the evolution of football. That is how it will be.

The FIFA president, Gianni Infantino, is hopeful of having this technology in place for the 2018 World Cup Finals.

It Is Impossible To Please Everyone

Cristiano Ronaldo has an international airport named after him in his native Madeira Islands. In addition to the naming honour, the four-time Ballon d’Or winner had a questionable bust made for him, which apparently Ronaldo himself approved before the unveiling.

Emanuel Santos, the sculptor, has borne the brunt of social media but replied: “It is impossible to please the Greeks and Trojans. Neither did Jesus please everyone,”